The Tellurian-to-Tellurian Lander (T2 Lander) is a three part project that consists of a sculptural object, photographs, and a stop-motion animation video.

The sculptural object, constructed from foam-core, paper, dowel rods, lenses, and acetate is loosely based on several unmanned exploratory vehicles sent to Mars (e.g., the Viking Landers and Mars Rovers). All of the components of the object expand, fold, and telescope to transform its shape. The wheels and legs telescope, swivel, and roll. The outer shell unfolds to house a simple rear-projection viewing unit. Once the outer shell is collapsed, the telescope like viewing unit expands and projects an image of its environment onto the acetate screen in the front.

The photographic aspect of the T2 Lander documents myself folding, expanding, and rotating its various elements. The photographs are shot with blue screen backdrop and are the basis for the stop motion animation video.

The video element of the T2 Lander references “analogue missions.” Prior to launching equipment, NASA does “analogue missions,” where they find environments or conditions on earth that mimic those that they will find in space. Since Mars lacks an environment, it is a very arid climate that subject to extreme temperature fluctuations. Frequently, they test equipment destined for Mars in the desert. For the video component, I’ve chroma keyed my sculptural object in the desert and created a stop-motion animation of the object unfolding, expanding, and rotating.

Additional images of this project will be posted shortly.

Special thanks to Kala Institute for their generous support in producing this work. 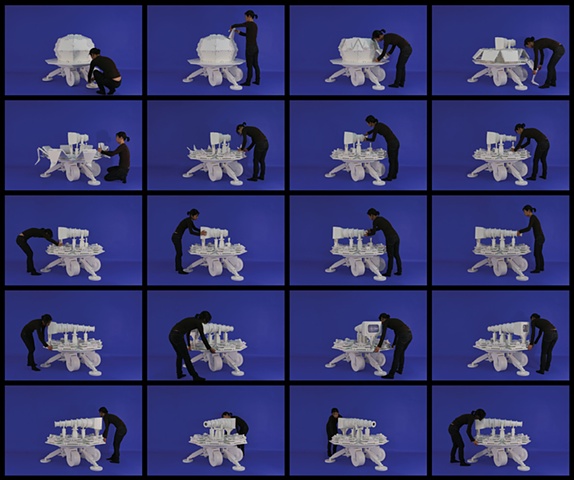 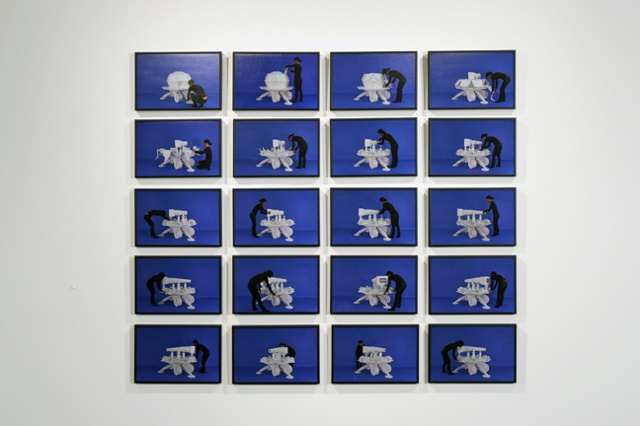 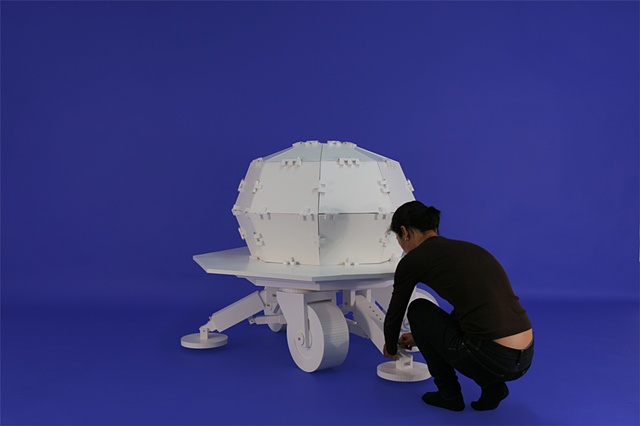 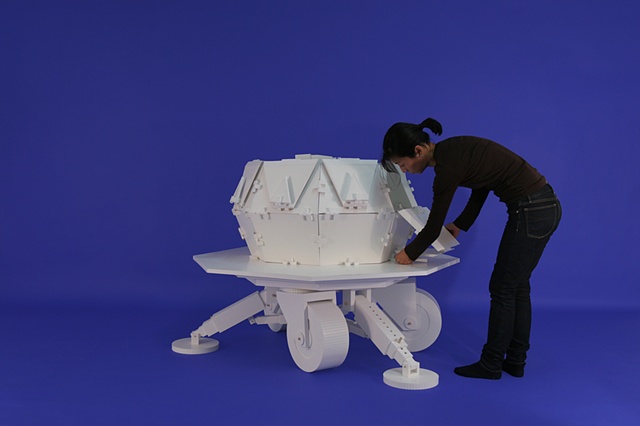 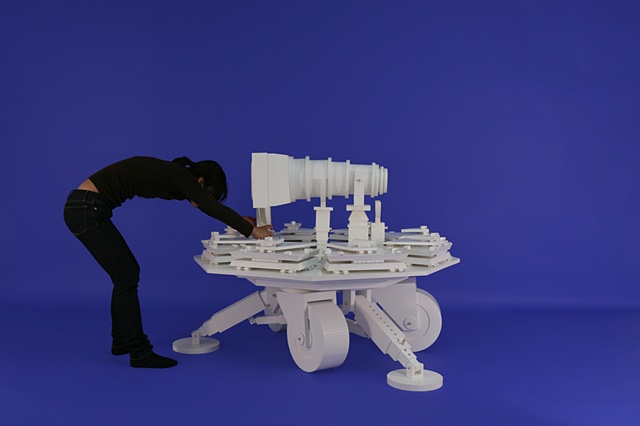 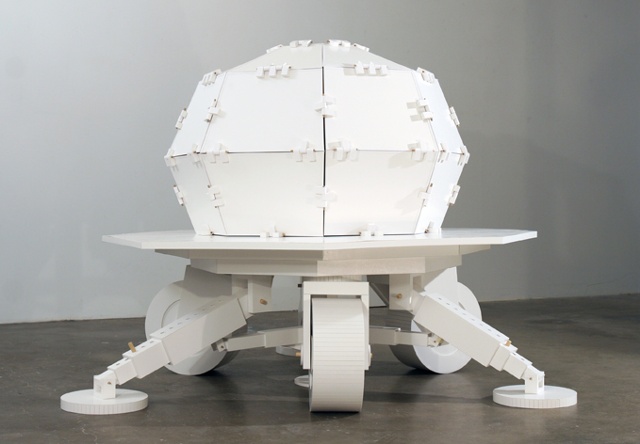 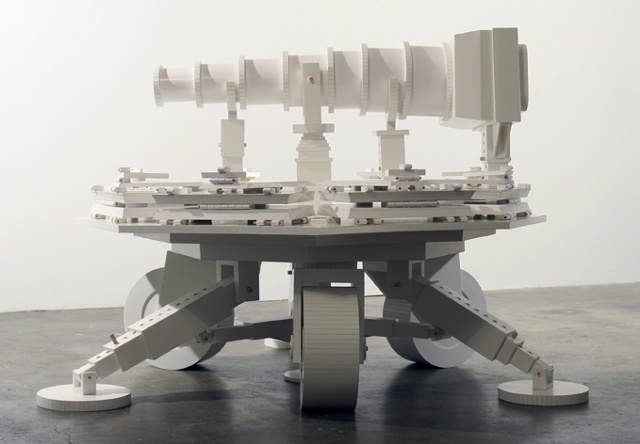 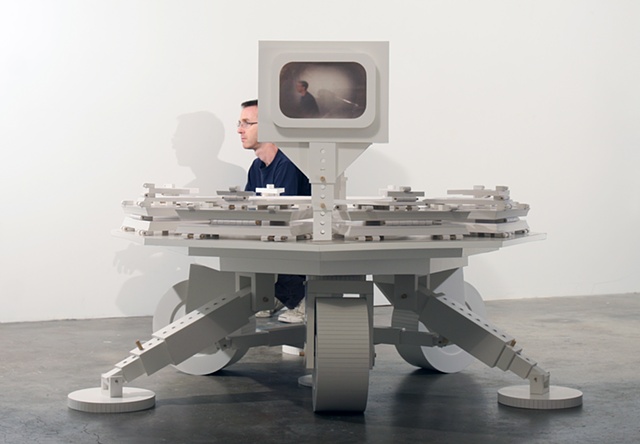 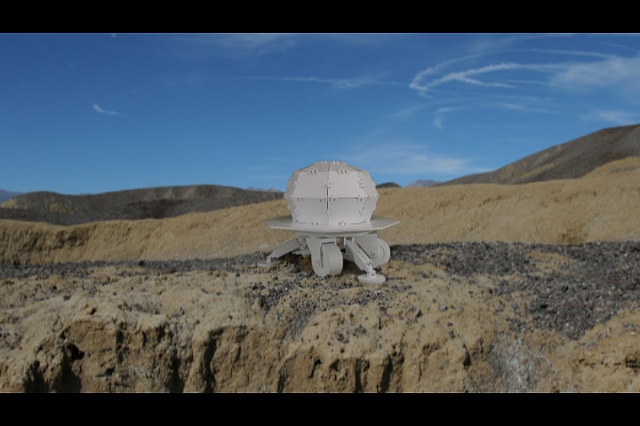 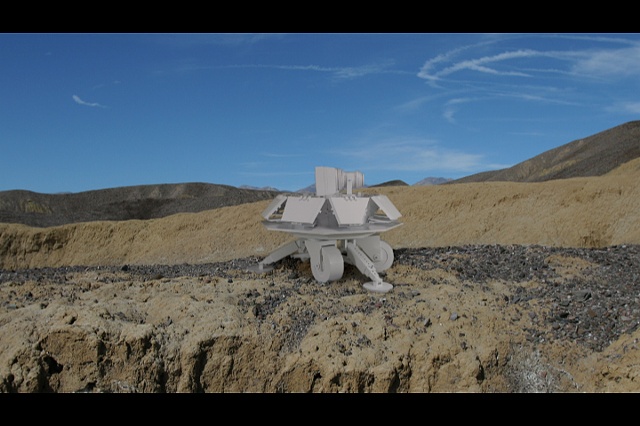 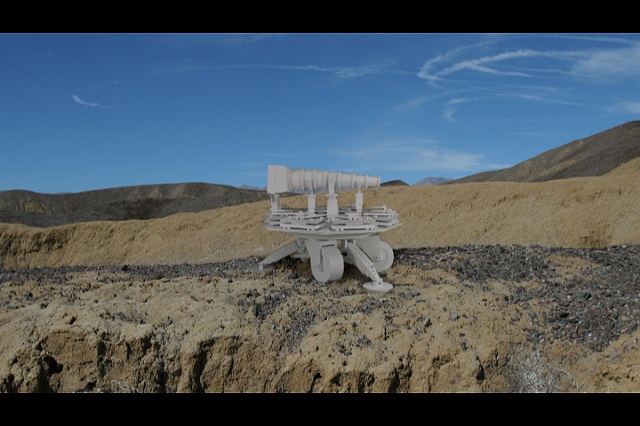 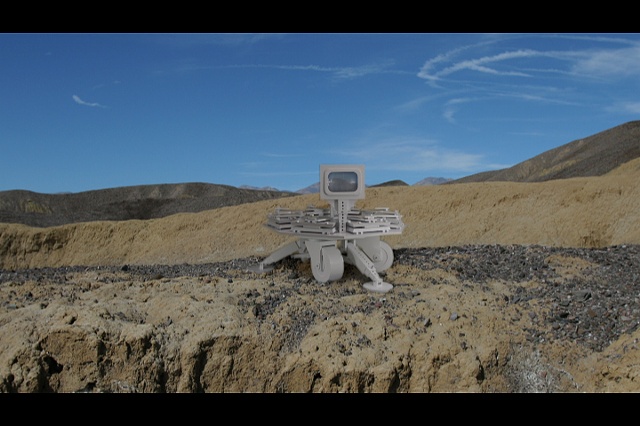