These images were created by cutting through four sheets of gridded vellum and are displayed in light boxes. The five values were created by cutting through the paper to create the various levels of transparency. So, the lightest areas I’ve cut through four layers, while the darkest I’ve cut through none. The images, like negatives, are all in reverse in terms of value and left/right orientation. I’m interested in creating a parallel between drawing/image making and the photographic process. In this series I was interested in exploring the legacy of Sir Frederick William Herschel (1738-1822), the a famous astronomer who in the late 1700s built a wooden 20 foot telescope and discovered Uranus and two Saturnian and Uranian moons. The image on the left is the Herschel Satellite, the largest space telescope, that was launched by the European Space Agency in 2009 and the one the right is the Herschel Crater on the Saturnian moon Mimas, named in Herschel’s honor. 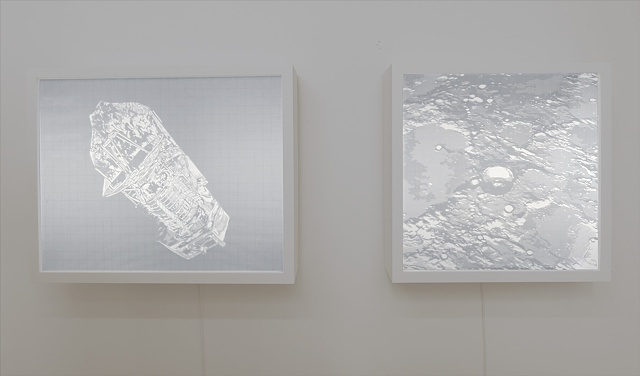 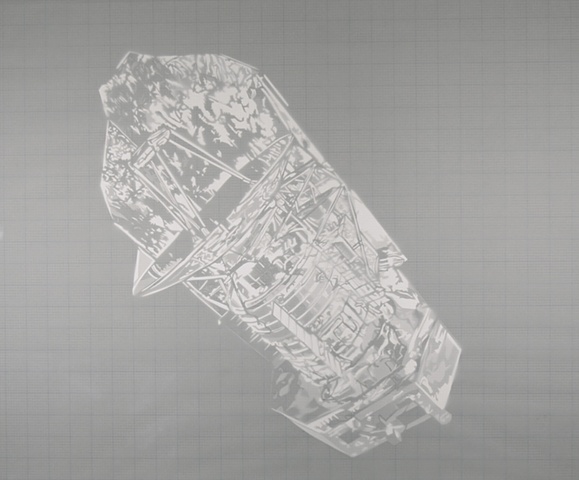 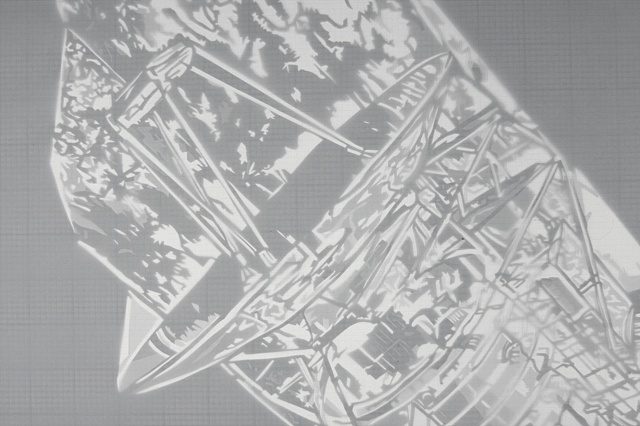 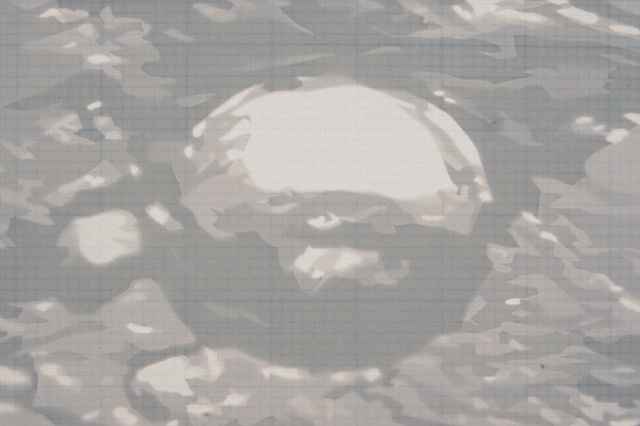 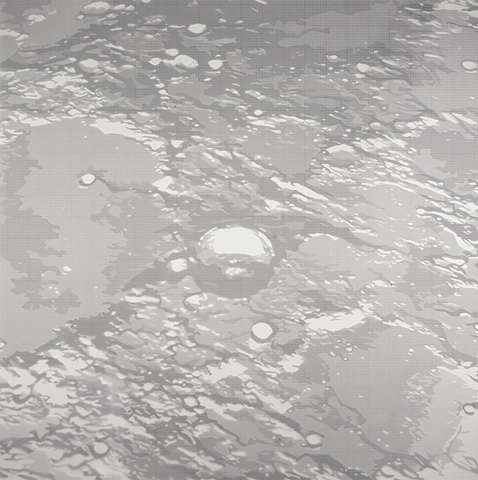 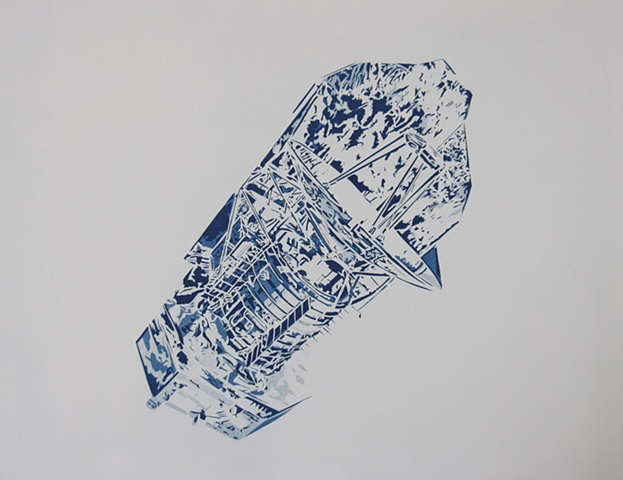 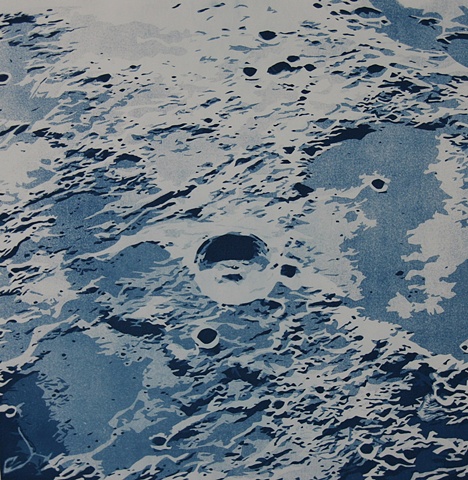