The ScannerScope explores the process of image production through an object, two channel video, and prints. Fabricated from styrene, a white plastic used for architectural models and prototypes, The ScannerScope combines a simple portable scanner and lenses to create a functional sculptural object. Unlike traditional analogue or digital photography, where film or a sensor react to light across the entire image, The ScannerScope builds the image in incremental strips as it moves across the picture plane. In The ScannerScope, I have eliminated the two-dimensional image or document that is usually scanned, and am directly scanning the three-dimensional world. The video and prints are shot in Joshua Tree National Park as part of my continued investigation in the way that the desert is a site for scientific research, both geological and as a location frequented by NASA. 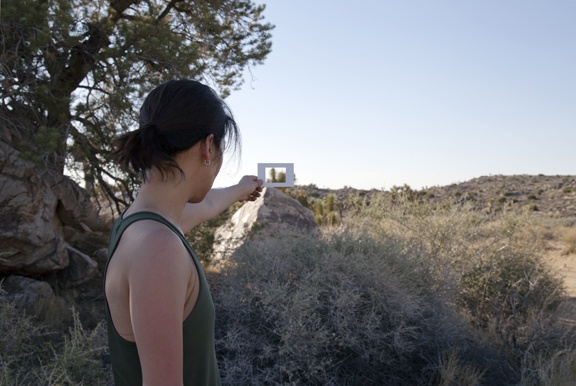 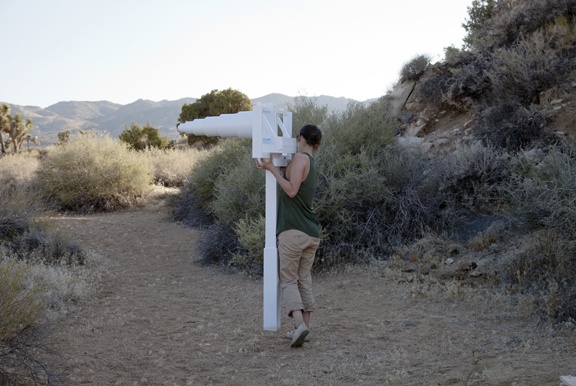 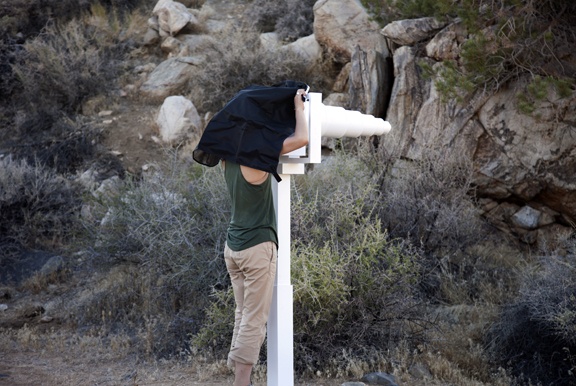 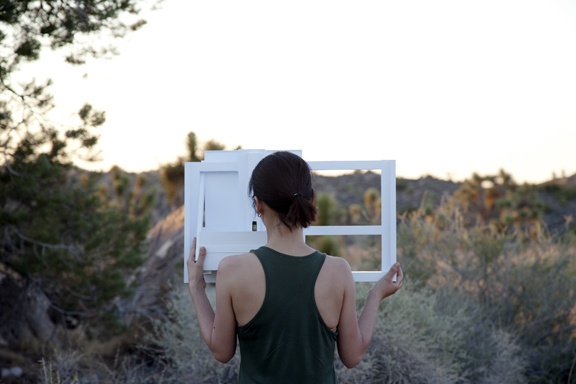 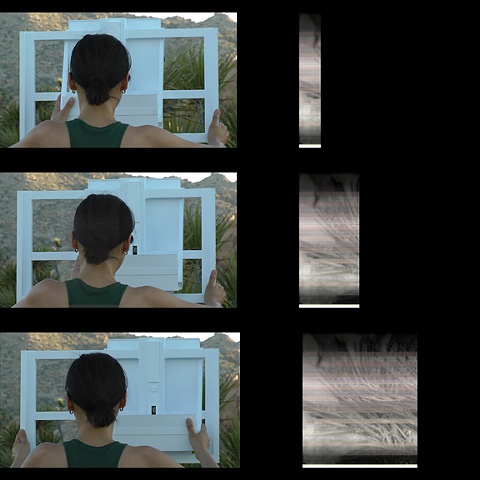 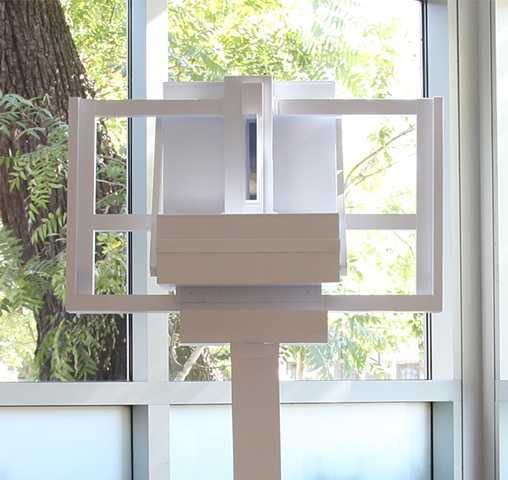 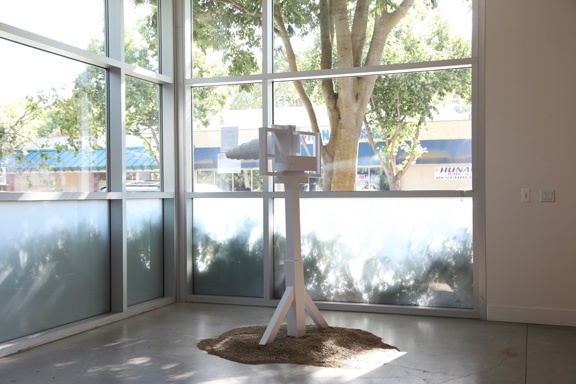